Cylinder head problems affect engine performance. If not attended to on time, the problems lead to engine issues and eventual damage. That can cause you a lot of money in terms of repairs and replacement. The information in this chapter will help you identify common cylinder head problems, cylinder head symptoms, and the best ways to deal with each.

A cylinder head is not immune to damage. When subjected to harsh conditions, it will develop problems. Some cylinder head problems are also caused by age, others by bad car care practices. The heads is said to be failing if any other these has happened.

A cylinder head is warped if the mating surface is uneven. This surface is usually machined to flat profile. This allows it to make a perfect joint when installed. Warping occurs due to several reasons. It can be due to overheating, uneven forces caused by the cylinder head bolts, or even blown cylinder head gasket. A warped head cannot function properly and leads to issues such as coolant and oil leaks. It’s also one of the reasons for experiencing lost compression in the cylinders.

Cracked cylinder head causes include temperature fluctuations that cause the assembly to expand and contract within short periods, and the damage that occurs over time. The cracks can be tiny and causing no danger or large and causing loss of oil and coolant. Wide ones can also provide openings for exhaust gases to escape. Remember, though, that the large cylinder head cracks were at one time tiny and widened over time. Attend to them promptly.

Some cylinder head problems, such as voids, trace back to the factory. These are air spaces that form during manufacture causing what’s known as a porous head. The voids may not pose problems until later when exposed. They may cause the coolant and oil in cylinder head galleries to leak. That, in turn, usually leads to overheating and more problems in both the head and engine.

Cylinder head problems lead to observable symptoms. Because the part is closely related to the working of the engine, damage may also show as engine issues. The most common cylinder head problem symptoms include those explained below.

This is one of the cracked or warped cylinder head symptoms. The engine struggles to accelerate and horsepower drops. This becomes evident when the head cannot perform its function well, which includes sealing the cylinders, containing the combustion pressures, and ensuring adequate compression.

The cylinder head also provides the passages for engine coolant while at the same time helping to conduct away heat. When damaged, these processes cannot occur effectively, leading to reduced engine performance. The cause is often that result in leaks.

The remedy involves finding the cause of the problem and tackling it. If caught early, cracks in the cylinder head assembly are easy to fix, usually by applying sealant or welding them. In most cases, though, it’s necessary to change the entire head assembly.

The engine misses a step when running. This happens when cylinder head components such as valves and valve seals or seats are damaged. It means the sequence of events that lead to ignition and compression are not happening correctly, mostly due to incorrect air fuel ratio. The problem can also result from cracks or warps.

Cylinder head misfire symptoms are no different from those caused by other engine issues such as damaged cylinders. It’s, therefore, important to confirm head damage before considering repair or replacement. As earlier indicated, you can choose to fix cracks, but only if the cracks are tiny.

Smoke from the Engine

Smoke comes from under the hood. This is one of the cracked cylinder head symptoms to indicate openings that are allowing exhaust gases to escape. The problem is also commonly caused by coolant leaking into the combustion chamber and burning, or oil tricking onto hot parts of the engine.

Smoke often shows wide cracks in the cylinder head and that cannot be fixed. In such situations, it’s crucial to install a new head. There are other problems that can cause this symptom, such as. Before considering replacing the head, consider confirming cracks first, either through a physical examination or test.

Oil drips to the ground and forms a puddle. This usually happens when you’ve parked your car in one spot for a long period. The oil in cylinder head galleries helps with cooling and lubrication. If lost, you may have the cylinder head, engine, and associated components overheating.

A leak indicates the presence of cracks or exposed voids. As already mentioned, a cylinder head crack is usually the result of overheating or temperature fluctuations. Voids happen during manufacture when air spaces form inside the molten metal.

A leaking head can be fixed, but only if the cracks are minimal. If severe, the entire head assembly requires removal and replacement.

The engine coolant leaks from the cylinder head, and may trickle down to the ground in severe situations. This is caused by a crack in the cylinder head that goes all the way to the coolant passageway inside the assembly

Small cracks can be filled. If too large, consider changing the entire head. With the cylinder head leaking coolant, you risk damaging the engine due to overheating. That’s in addition to the drivability problems that you’re likely to experience when on the road.

A dashboard light will usually come up to indicate cylinder head problems. The light will either be a check engine light due to overheating, or a check oil icon to show leaking oil. Overheating happens when the head is leaking coolant.

As a rule of the thump, you should find out the reason for the light. After that, you can take the necessary steps, such as resurfacing the cracks. If the problem is worn cylinder head gasket, it’s important that you fix it or install a new one.

The cylinder head on your car engine must be in good condition always. When damaged, the engine risks overheating and losing power, among other issues. As discussed in this chapter, most cylinder head problems involve warping and cracks. The next part of the guide explains the ways to check a cylinder heads for cracks, warps, and other issues that may be causing it t fail. 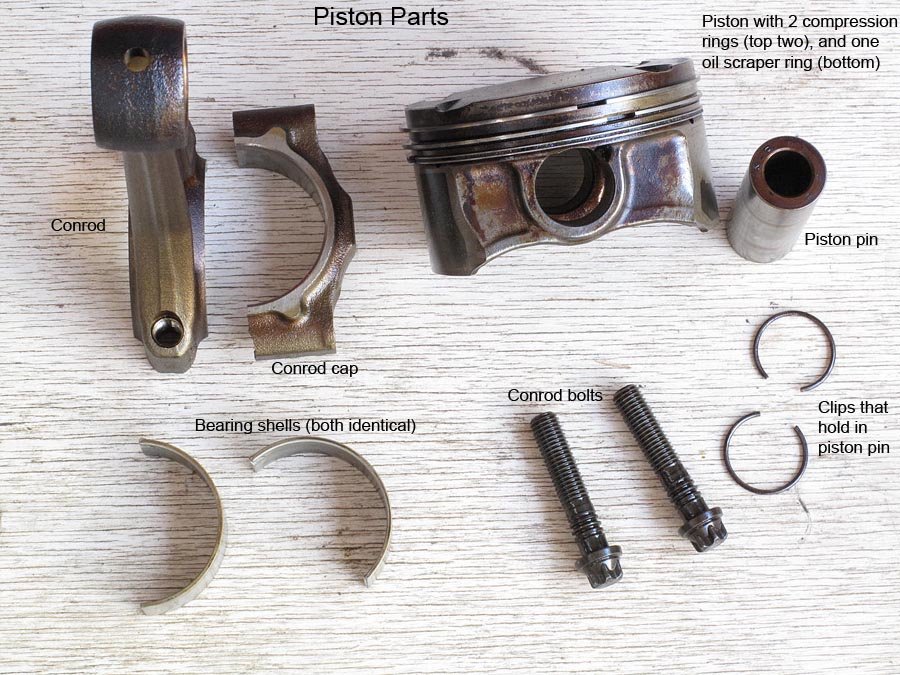 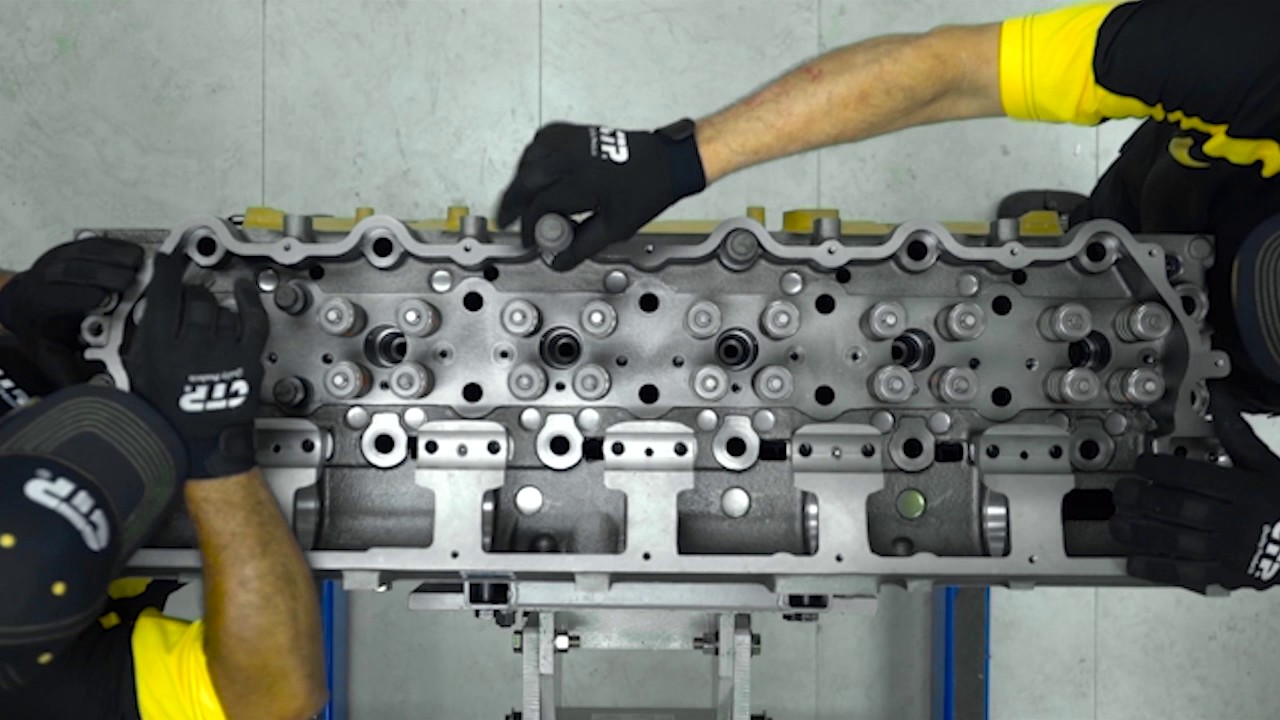 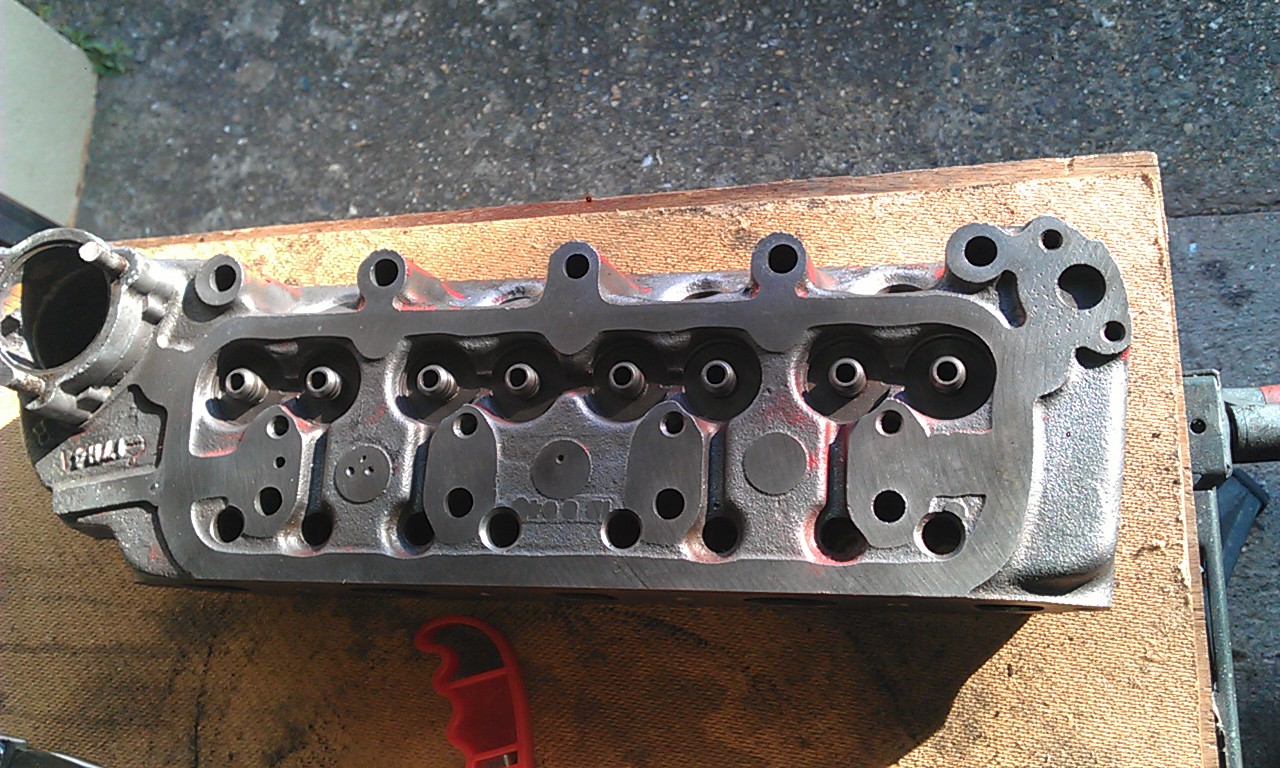